Tomatoes are one of the most popular vegetable to grow at home but also one of the most daunting. Unlike lettuce or peas, most tomato varieties do require regular maintenance to keep them under control. So, are they worth even growing in your garden instead of buying them at the supermarket?

Growing your own tomatoes has several benefits. They have higher amounts of antioxidants and are more flavorful than store-bought tomatoes. You also have thousands of tomato varieties to choose from of different shapes, sizes, colors, and flavor profiles which you won’t find anywhere in the supermarket. Tomatoes are an easy vegetable to grow and don’t even require a garden – they can be easily grown in containers on a patio or balcony, or even indoors with grow lights. Any surplus tomatoes you have more storage and preservation options than other vegetables, and if you still have unripe green tomatoes at the end of the season, you can still harvest them and make fried green tomatoes or pickle them.

Homegrown tomatoes are healthier for you than their supermarket counterparts.

The Environmental Working Group’s annual list of produce ranked by the amount of pesticides detected on them puts tomatoes in their “dirty dozen” worst fruits and vegetables. You may have also heard that many of the foods you buy, not only produce but even basic canned and frozen foods like tomato sauce, cereal, and , are laced with carcinogenic herbicides. Growing your own vegetables, buying organic, or buying from local trusted farms and greenhouses are the only ways you can guarantee your tomatoes are 100% free from potentially harmful chemicals.

But even if your store-bought tomatoes were grown in an organic greenhouse without pesticides, they still might not be healthier than those grown in your own garden. Research has found that homegrown tomatoes actually have higher levels of lycopene. Lycopene is an antioxidant found in many red-colored fruits and vegetables such as watermelons, grapefruits, red carrots, and of course tomatoes. Research is still ongoing, but in 2017 a review of the medical literature found positive effects of lycopene on the risk factors for heart disease and strokes.

The likely reason for this is that tomatoes grown at home can be picked when fully ripe or almost ripe, meaning a lot more of those red lycopene molecules can be produced in the flesh of your tomato, which brings us to the most obvious reason to grow your own tomatoes.

Tomatoes grown at home just plain taste better than anything at a store or restaurant.

You cannot even compare store-bought tomatoes to even a basic tomato variety grown at home. As previously mentioned, tomatoes left to completely ripen or almost ripen on the vine contains more antioxidants. Well, the same goes for flavor compounds; as the tomato ripens on the plant, it develops its full flavor profile.

Tomatoes at the grocery store are always picked green because they’re easier to ship and will last longer before spoiling. Once the tomatoes are at the warehouse, they can be exposed to ethylene, a plant hormone that promotes ripening, in order to quickly get them red before they arrive at the supermarket. The result is a tomato that is technically ripe, but severely lacking in flavor. So, for maximum flavor, pick when the tomato is fully ripe or almost fully ripe.

Fully vine-ripened tomatoes do taste the best but if you have birds or other animals nibbling on your ‘matoes, it might be worth picking them a couple days before being fully ripe so they don’t get eaten by critters. You will still get phenomenal flavor compared to supermarket tomatoes.

There are thousands of tomato varieties to grow, each with different shapes, sizes, colors, and flavors.

At the store, you’ll find only a handful of varieties (if there’s even more than one!) available to buy, all with the same bland taste. But there are literally thousands out there in the world, and you can easily find hundreds of varieties at various seed suppliers.

Do you like your tomatoes very sweet? Try growing a Sweet Million or Sungold cherry tomato plant. Do you prefer classic beefsteak tomatoes? Grow a Brandywine or Abe Lincoln tomato. Want something with super rich, intense flavor? I recommend a Cherokee Purple or Rosella Purple.

Unless you go to a farmers’ market that offers different heirloom tomatoes, you likely will never try these tomatoes unless you grow them yourself.

Tomatoes are easy to grow and you can grow them anywhere, even in containers indoors or on a balcony or patio.

You don’t need a large garden to grow tomatoes – you don’t even need a garden! Most tomato varieties are suitable for growing in containers, but the bigger the plant, the bigger the container required.

If you grow a determinate/bush tomato, you can get away with a 5-gallon (19-L) container, although when it gets to full size, you may need to water it more frequently. Some dwarf or determinate varieties that produce medium to large tomatoes are Manitoba, Rosella Purple, Mr. Snow, Dwarf Awesome, and Celebrity.

If you don’t have space for a 5-gallon pot, there are smaller dwarf varieties like Minibel and Orange Hat cherry tomatoes which can grow in a 1-gallon (3.8-L) container or smaller. Orange Hats are super dwarfs which can thrive in even a 6-inch (15-cm) pot, which is great for even a south-facing windowsill.

Tomatoes are easy to preserve if you end up with more than you eat. 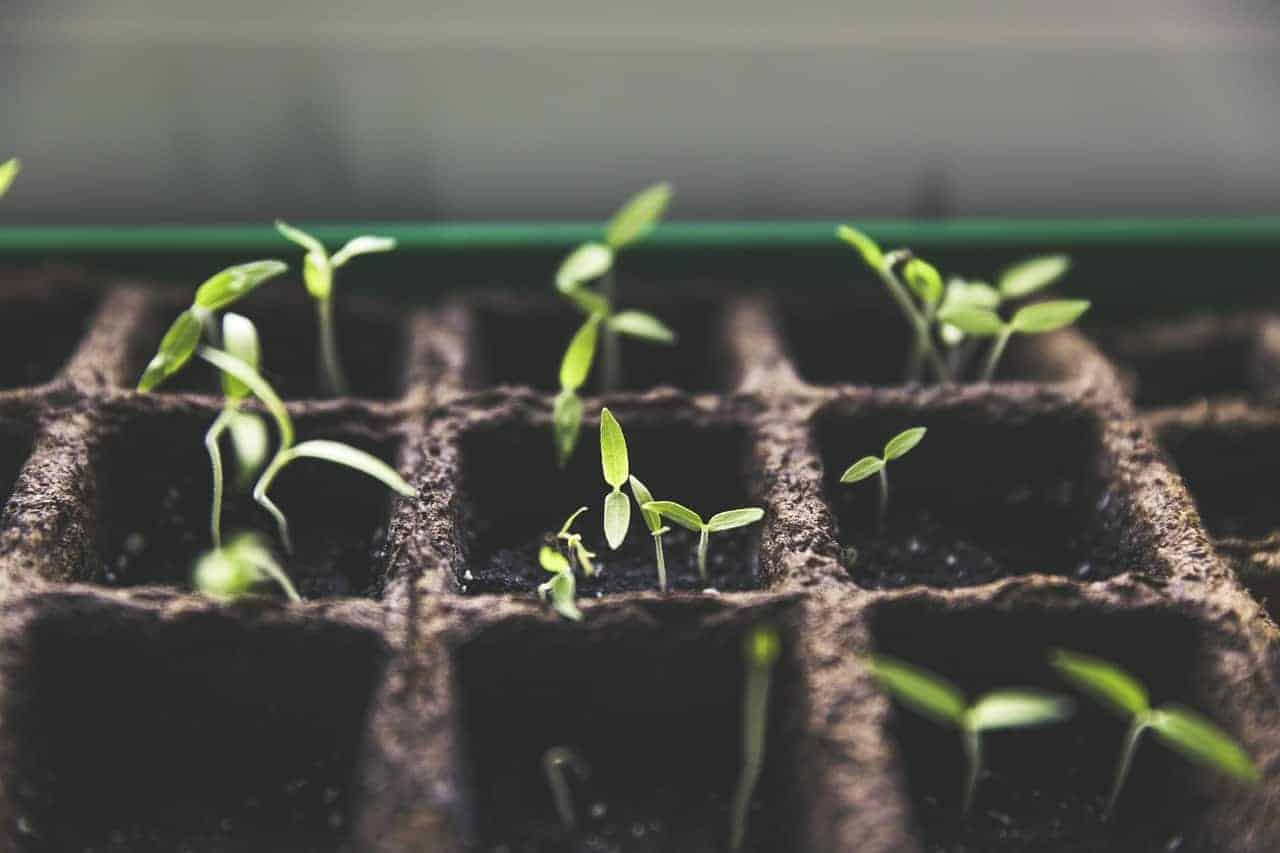 Unlike many fruits and vegetables, tomatoes can be preserved in a variety of ways very easily. You can slice them and dry them to make sun-dried tomatoes. You can can them as a tomato sauce or tomato paste. You can make a sauce and freeze them in bags for later use. You can also pickle them.

And if you’re too lazy to process them or you don’t have enough tomatoes for canning, you can just cut the top core out, score an X in the bottom, and put them in the freezer for later use. They will completely lose their texture after freezing and get mushy, but it’s an easy way to store them if you want to make sauce with them later or throw them into a soup or other recipe.

You can cook and eat unripe tomatoes, which can’t be found at the store.

Despite growers harvesting their tomatoes green, they are always artificially ripened before they arrive on the shelf. But unripe tomatoes are a treat in and of themselves. Breaded and fried green tomatoes is a delicious southern treat, especially dipped in some tangy or spicy dipping sauce (or even marinara dipping sauce).

These are only a few reasons but there are a lot more like how growing tomatoes can teach you a lot about growing other vegetables, how prolific they are so you can get large harvests, help you learn about pruning and staking, and that’s not even touching on the overall benefits of growing vegetables like exercise, sun, and the satisfaction of biting into fresh, homegrown vegetables.