Parthenocarpic cucumbers are cucumber varieties which don’t require pollination to produce cucumbers. Sometimes described as self-pollinating, this is technically not true; as unpollinated female flowers will still produce fruit, and because they are not pollinated, you also get seedless cucumbers.

But what kinds of parthenocarpic cucumbers can you grow? I have a few favorites, but I’ve found there are several productive, disease-resistant varieties you can grow depending on what type of cucumber you enjoy eating.

Below is a summarized list and in this article are links to where you can buy seeds. Bountiful Gardener is not affiliated with any of these seed companies.

Note to international readers: Some of the US-based seed companies mentioned in this article also ship internationally.

58 days. If you want a parthenocarpic English cucumber, Tyria fits the bill. Dark green, slightly ribbed cucumbers can get up to 14 inches (35 cm) long and are mildly sweet with almost no bitterness. Tyria is a prolific, disease-resistant variety that produces almost all female flowers (gynoecious). A personal favorite. Highly recommended.

54 days. The only All-America Selections winner on this list, Sweet Success is a prolific, parthenocarpic variety of cucumber that produces massive, 12-inch-plus dark green fruits that are virtually free of bitterness. Skin is very thin and tender, requiring no peeling. Adapted to a variety of climates and disease resistant. Highly recommended.

52 days. A deliciously sweet Beit Alpha-type cucumber, meaning it has a very thin, spineless skin. It is relatively cold tolerant and can fruit well into the fall. I’ve successfully harvested 6 to 8 inch Socrates cucumbers in September after planting in mid summer. Disease resistant and highly productive. Very few male flowers (at least 9/10 flowers are female). A personal favorite. Highly recommended. 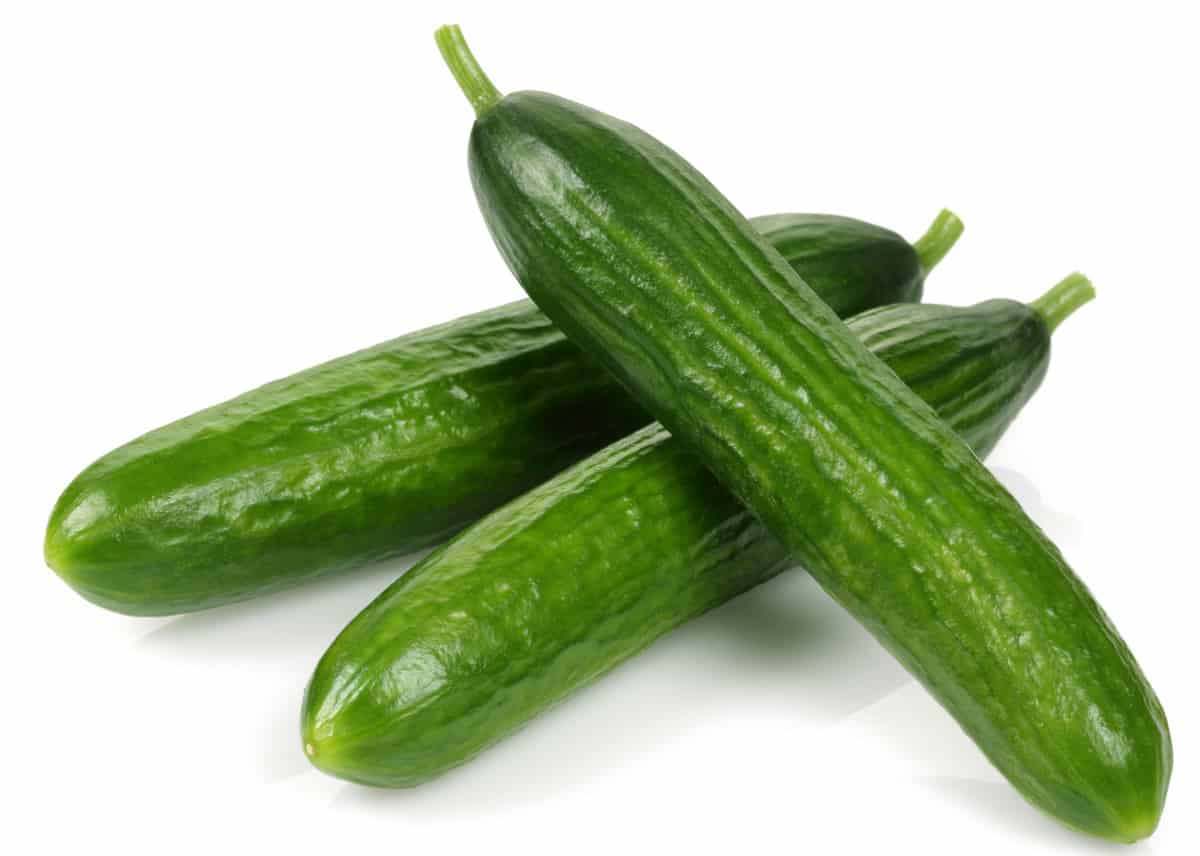 49 days. A more heat-tolerant version of the Socrates cucumber, but slightly smaller, being harvested at around 6 inches long. Deliciously sweet, thin-skinned variety that has high yields and great disease resistance. This is an excellent choice for southern growers or those who have fruiting issues in the height of summer. Highly recommended.

Get seeds: Johnny’s Selected Seeds (US), Osborne Quality Seeds (US) 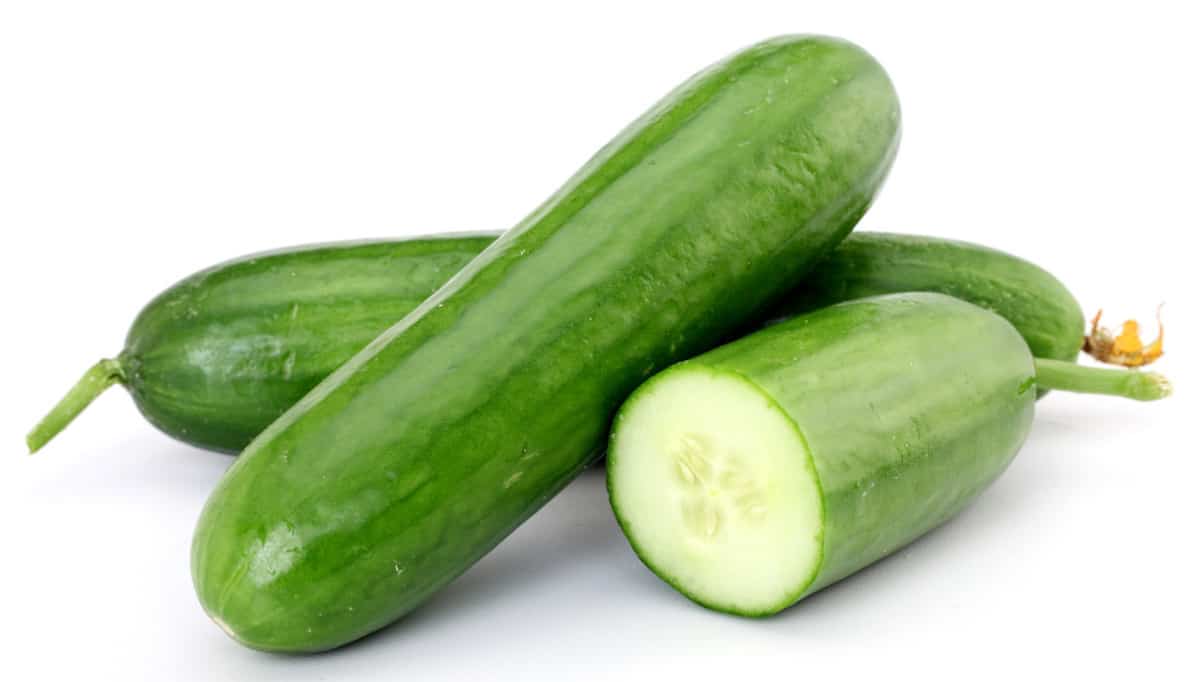 57 days. The perfect parthenocarpic pickling cucumber and one of the few parthenocarpic semi-bush cucumbers. Named after its small leaves, The Little Leaf is heavy-yielding and compact, with multiple branching vines loaded with 3 to 4 inch fruit. While not a true bush cucumber, it’s small and compact enough that it is suitable for container gardening as well. It will produce even under environmental stress. Highly recommended.

55 days. The Iznik cucumber makes an amazingly sweet cocktail cucumber with tender skin, and can be used as a pickling cucumber as well with its miniature 3 to 4 inch cukes. Smooth, tender skin and very prolific with a compact, semi-bush growing habit. Think of the Iznik as a Beit Alpha version of the H-19 Little Leaf, with no spines and bumps like traditional pickling cucumbers. Highly recommended.

50 days. A traditional pickling cucumber with hefty 4 to 5 inch fruits. Disease resistant with a vigorous growth habit and consistent yields. Is adapted for a variety of climates and suitable for both summer and fall growing. Cucumbers have a very clean, slightly sweet cucumber taste. Highly recommended. 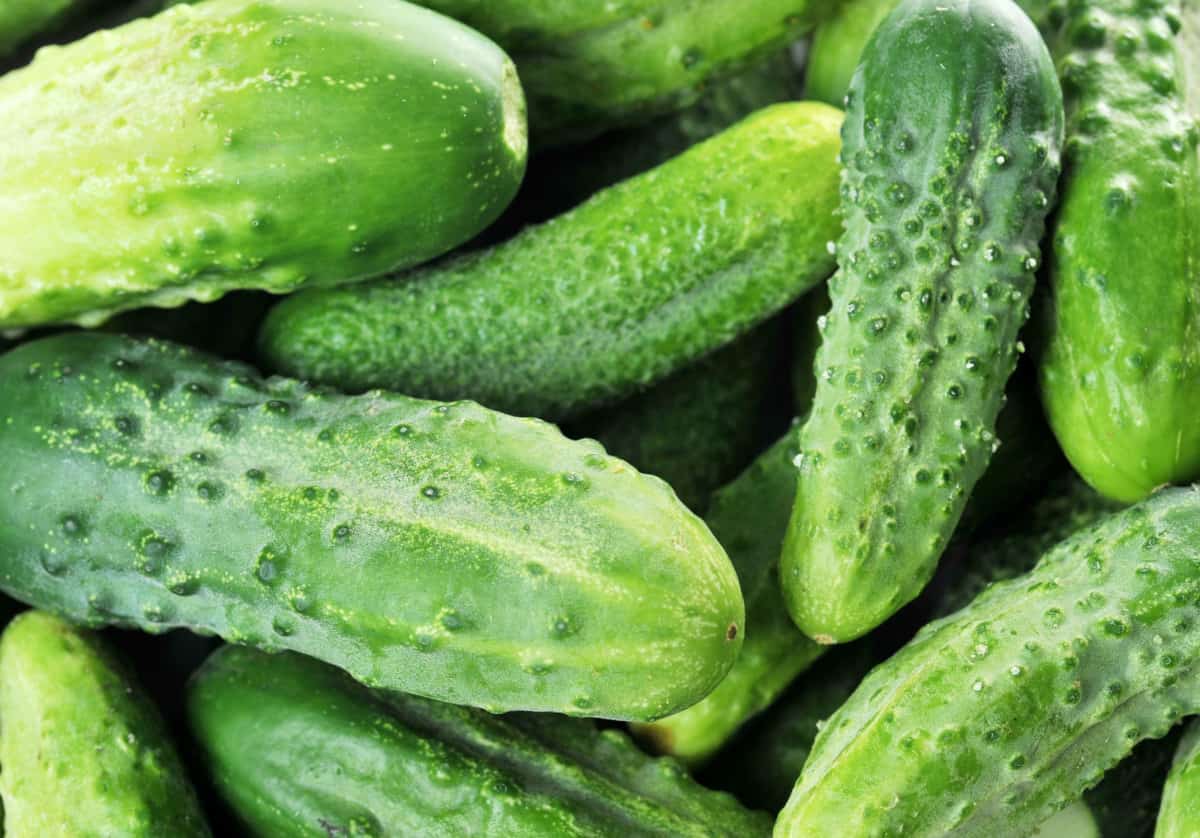 But for the home gardener, there are a few other reasons to grow parthenocarpic varieties. If you hate seeds in your cucumbers, parthenocarpic cucumbers are seedless unless they are pollinated.

On the other hand, if you grew only one non-parthenocarpic cucumber plant, both female and male flowers have to be open at the same time (and they are generally only open for no longer than a day) and a pollinator or gardener has to transfer pollen from the male flowers to the female flowers.

In addition, most non-parthenocarpic varieties tend to produce a lot more male flowers, so each lost opportunity to pollinate means a significant loss in yield. I’ve had this happen before when I was growing two zucchini plants, and the male and female flowers were opening at different times, leading to me getting half as many zucchinis as I could have harvested.

Parthenocarpic vs. Gynoecious vs. Monoecious Cucumbers

Looking for parthenocarpic varieties of cucumbers, you’ve likely seen the terms gynoecious and monoecious being used to describe cucumbers. Each of these terms are distinct.

Monoecious cucumbers are just standard, open-pollinated cucumbers with both female and male flowers on the same plant. However, more often than not, female flowers are vastly outnumbered by male flowers.

Gynoecious cucumbers have mostly female flowers. Some varieties can easily have over 90% of their flowers as female. Gynoecious cucumbers are not necessarily all parthenocarpic – they are often grown together with a few monoecious varieties or male-only varieties (sometimes called androecious) to allow for pollination while still increasing yields.

Parthenocarpic cucumber plants will produce cucumbers without pollination, and are almost always also gynoecious, so nearly all flowers should be female, greatly increasing yields.

All the varieties in this list are both parthenocarpic and gynoecious.

In terms of growth habit, you will find that every variety is a vining cucumber, but if you are interested in parthenocarpic bush cucumbers, there are compact semi-bush varieties which are also suitable for container gardening, requiring only stakes or cages.