Growing kale in pots is not only possible, but in some ways is better than growing in the ground. In short, you have greater control over how your kale grows and can more easily protect it than if it was grown in a raised bed or planting row.

Growing kale in pots is easy but depends on pot size and availability of light. Kale should be grown in at least a 2-gallon (7.5 L) pot, and for the best results, go with something larger such as a 5-gallon (19 L) container. Kale is considered a shallow rooting plant, but pots should ideally be at least 12 inches (30 cm) deep. Smaller or shallower pots can be used but will lead to smaller kale plants. Kale has moderate light requirements and does best in 4-6 hours of full sun. If you’re growing indoors, run a grow light for at least 10 hours a day, up to 18, for the best results.

Benefits of Growing Kale in Pots

Most of the benefits of growing kale in pots are the same as growing other vegetables in pots. The greatest advantage is that you can more carefully control the growing conditions by moving the pot around. Is your newly transplanted kale getting some sun damage because it hasn’t completely hardened off? Just move it into a shady area until it gets adjusted to the outdoors. Are you growing kale in a relatively mild winter but expecting a polar vortex with temperatures below 10°F (-12°C)? Just move it indoors temporarily. Are you growing in a cool spring or fall and want to give your kale plants a little boost to their growth? Just move your pots near a south-facing wall and they’ll continue to get lots of sun while getting a little extra warmth radiating from your home.

Other benefits include protecting your kale from soil-borne diseases and pests, as well as reducing weed problems. If you use your own fresh potting mix, you don’t have to worry about weed seeds or bringing in diseases which can harm your kale. However, if you reuse the same potting mix the following year, you lose this benefit. But don’t just discard it; you can refresh the potting mix with some more fertilizer and mulch it to suppress weeds in future seasons. You can also control how much fertilizer your kale gets, and you know most of it will be taken up by the plant instead of running off and being wasted. 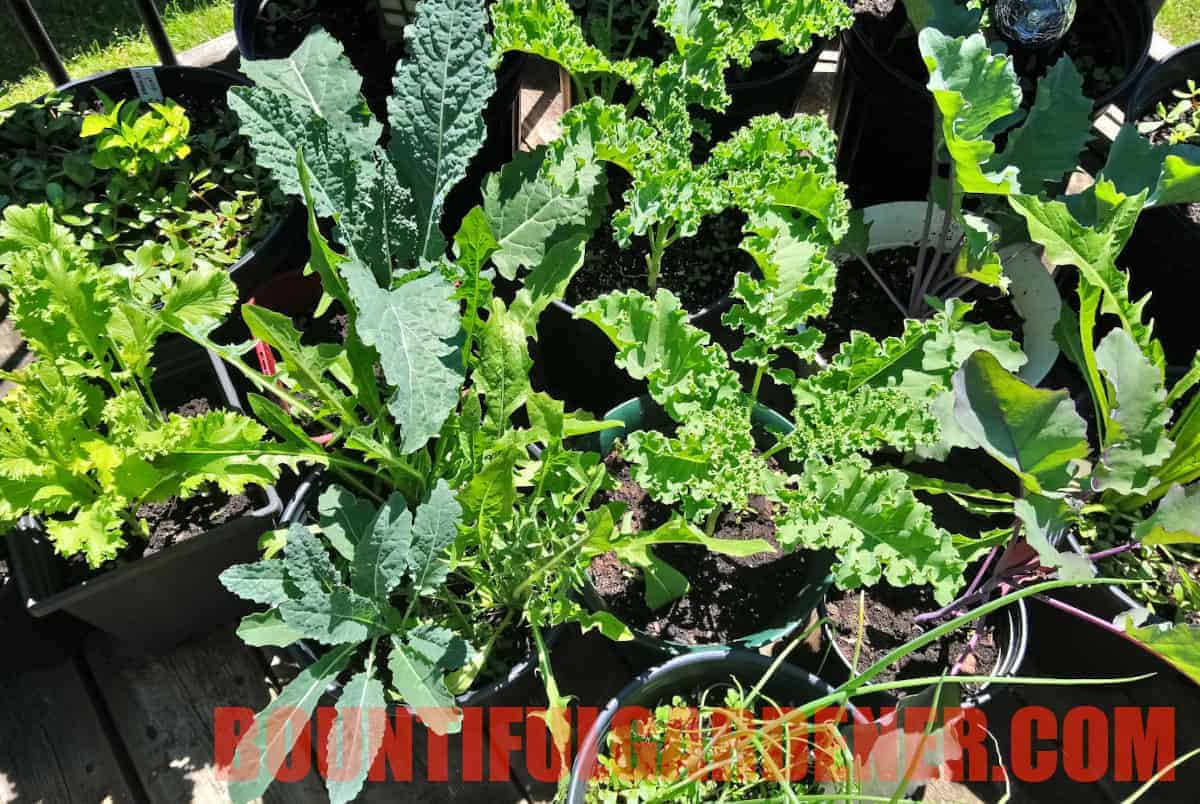 Disadvantages of Growing Kale in Pots

There are almost no inherent disadvantages of growing kale in pots. Problems only arise if you do not have adequate space or lighting. If you are growing outside, space and sunlight should not be a problem, even if you are growing on a balcony. As mentioned above, one of the advantages of growing kale (or any vegetable, for that matter) in pots is that you can move the pot around so the plant has the best conditions to grow.

The main challenge with growing any large vegetables in pots is that as the kale gets larger and bushier, it will need more water than kale grown in-ground. If you are using a small pot to grow your kale, you may need to water every day or every other day during the heat of the summer. If your kale is starting to wilt because it’s dry, give it a deep watering and after it perks up, add a little more water. Make sure your potting mix drains easily and your pot has adequate drainage holes. Too much water can harm your plant as much as too little water.

Another issue with growing kale in pots is that, despite being highly frost tolerant down to 10°F (-12°C), container plants are a little more vulnerable to frost damage on the roots since the soil in the pot isn’t as insulated as the soil in the ground. But this can be countered by insulating around the pot with mulch or cloth, or just bringing your kale indoors the next time a polar vortex plunges your area into subzero temperatures.

How to Grow Kale in Pots

If you are starting kale from seed, I’ve already covered a basic guide to seed starting kale for indoor growing which applies to general container gardening as well.

It’s recommended to grow kale in at least a 2-gallon (7.5 L) pot. Anything smaller can lead to much smaller kale, although I have seen success with a dwarf curly kale growing in a 1-gallon container. You can get away with planting two kale plants in a 5-gallon (19 L) container or larger.

Some varieties, like Red Russian kale (also called Ragged Jack) and the non-dwarf curly varieties, can get very large. In that case, one plant per 5-gallon pot is recommended to maximize size.

Kale has relatively shallow roots, so you can get away with a pot that is 12 inches (30 cm) deep. Kale roots extend around 12-18 inches.

Fertilizer for Kale in Pots 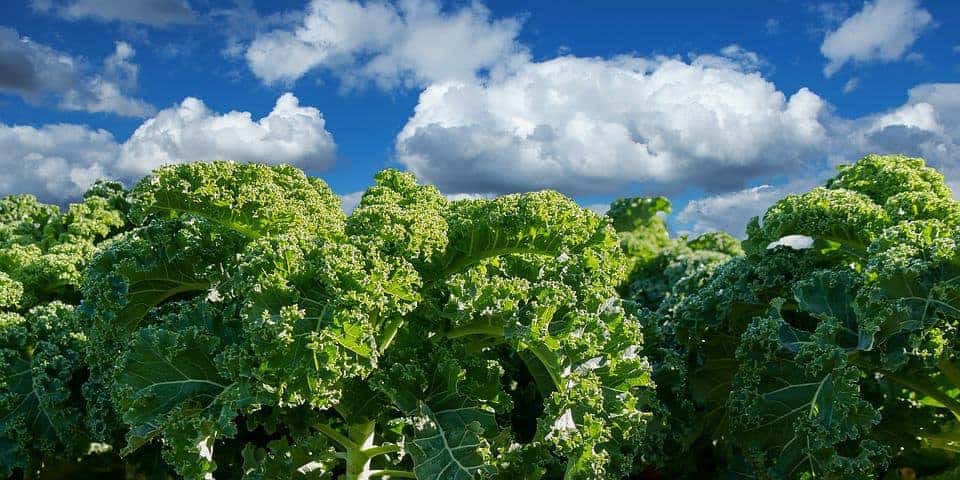 Kale is a light to moderate feeder that, similar to other leafy green vegetables, needs more nitrogen (the first number in the NPK values) than other nutrients. General purpose fertilizers are sufficient, and if you have something with some more nitrogen, it’s even better. Some people will add blood meal (a very high nitrogen organic fertilizer) into the planting hole and mix it in with the soil before transplanting.

If using liquid fertilizers, follow the directions and feed weekly or bi-weekly. Personally, I fertilize with a weak solution when the plant is young, then increase the strength to 75-100% of the recommended amount. The best time to fertilize is when there are at least a few days with little or no rain after the feeding so it gives time for your kale to take up the nutrients.

You can harvest kale at any time. However, as the plant grows larger, the lower leaves start to turn yellow and die off. Because of this, I recommend using the “cut-and-come-again” method which involves just harvesting the bottom leaves and leaving a few on the top so it can continue growing. This way, you can continually harvest from them all season long.