It’s that time of year when bagged soils are stacked high and we’re inundated with choices of what to fill our gardens with. Potting mix is ubiquitous and available year-round, and is ideal for container gardening, but can it also be used in the ground outside?

Can You Use Potting Mix in the Ground?

You can use potting mix outside in the ground, but considering how expensive potting mix is and how much you need to fill up a garden bed, there are usually more cost-effective options for home gardeners.

Potting mix is essentially some combination of peat moss (or sometimes coco coir), compost or rotted wood, and perlite or vermiculite. Sometimes lime or slow-release granular fertilizer is included as well. All of these potting mix ingredients are perfectly suitable for use in the garden. Peat moss holds moisture, perlite/vermiculite help loosen up the soil structure, and compost/fertilizer add nutrients (compost also improves soil structure).

However, to fill up a typical garden bed, you will need a lot of potting mix, which adds up fast. Unless you can get an extremely cheap potting mix, save it for the container garden or small raised beds.

Can I Use Potting Mix in a Raised Bed?

For small raised beds, you can use potting mix, but this will get prohibitively more expensive the larger the raised bed. For tall raised beds, such as Birdies galvanized steel beds, it’s better to fill up the bottom with cheaper materials and top it off with potting mix or compost.

What Should I Use to Fill My Garden?

There is no right or wrong way to fill your garden, but for most gardeners, using compost or a mix of compost and garden soil or topsoil is most economical. For deep raised beds, consider a hugelkultur approach by filling the bottom with branches, logs, and other organic matter, then fill the top few feet with compost or soil.

These are the two basic, cheapest options to fill garden beds. They tend to be lower quality unless mixed with nutrient rich compost.

Topsoil is, as the name suggests, soil that is scooped up from the surface. This is often collected from construction sites as they remove soil to level the ground for building. While topsoil is not bad for your garden, there is no quality control so you may end up with lots of rocks, unrotted sticks, and sometimes plastic. If you don’t mind the rocks (not good for carrots and other long root vegetables), topsoil can be used to fill the base of your garden beds, then you can add higher quality soil or compost in the top layers. Topsoil can also be a cheap and effective way to fill in gaps around your yard.

Garden soil is similar to topsoil, but is amended with compost and usually has larger rocks and debris removed.

In a perfect world, you would fill your entire garden with compost. It’s rich in nutrients and has excellent structure and water retention properties.

Filling beds with pure compost can be expensive, but you can mix it with topsoil, garden soil, potting mix, or even your native soil.

Some gardeners also opt to fill up most of their garden beds with cheap soil then add a thick layer of compost on top. Alternatively, you can look for compost mixes, such as triple mix which is made with compost, peat moss or sandy soil, and topsoil/loam. 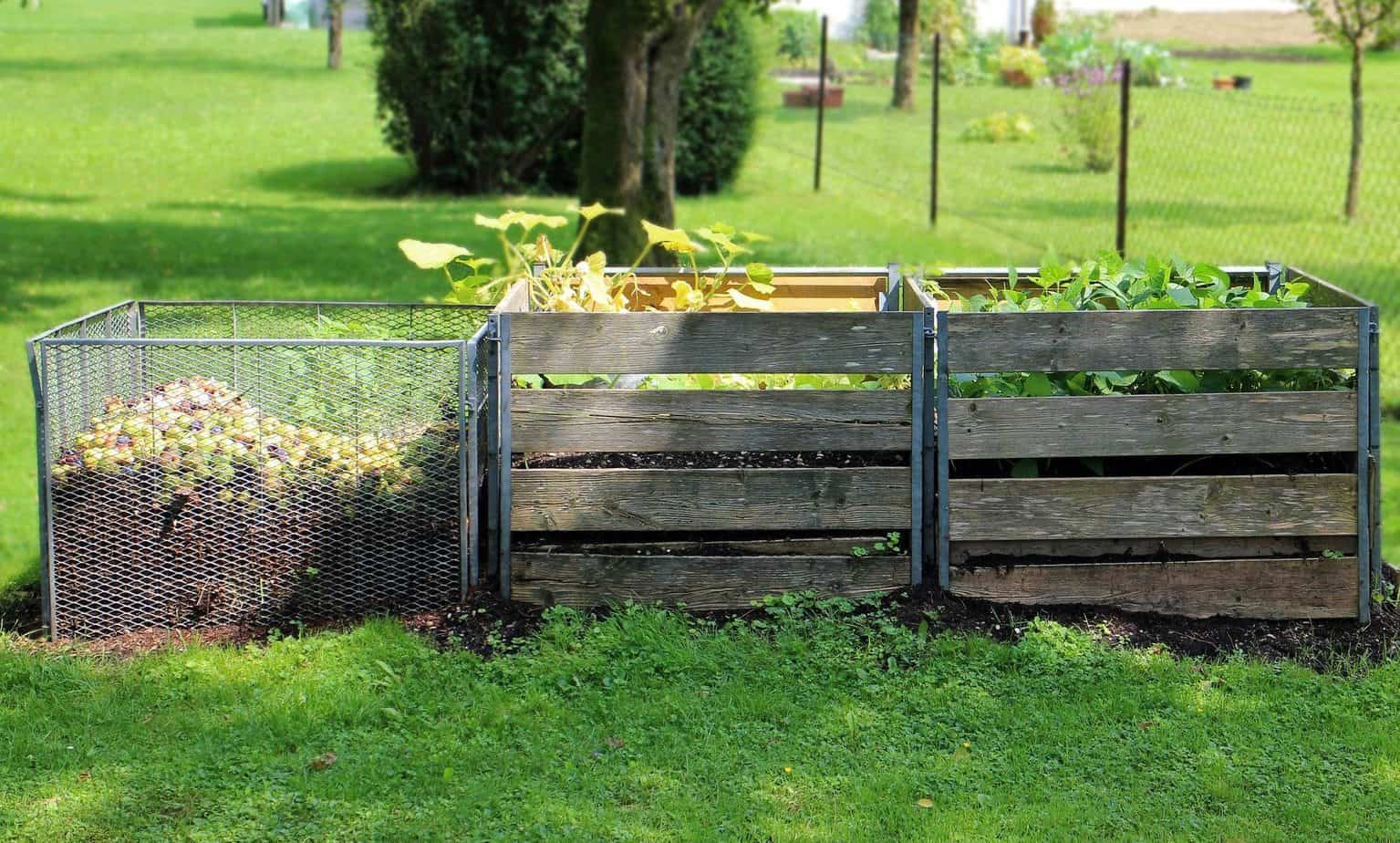 Hugelkultur is an old horticultural technique involving burying wood and other organic material in mounds of soil, then planting on top of it.

The idea behind hugelkultur is to allow organic material to make up the bulk of the mound (or in this case, your raised beds) which will decay slowly over time. After they decompose, they turn into a rich, spongy material with superior water retention.

Most vegetable roots only grow down a few feet, meaning for a 3-foot raised bed, you could fill up the first foot with branches and logs, then fill up the rest with soil and compost without causing any issues. This can save you a lot of money when filling up new raised beds.

While you can use potting mix in the ground, it’s not the most economical option. Cheaper options include compost, a mix of garden soil and topsoil with compost, and other compost mixes like triple mix. Alternatively, if you have deep raised beds, you can fill the lower layers with cheaper soil or even woody material like branches (hugelkultur) and use compost, compost mixes, or potting soil for the top layers.

Is There a Difference Between Potting Soil and Potting Mix?

There is no difference between potting soil and potting mix, and both terms are used interchangeably.

Strictly speaking, there is no difference between indoor and outdoor potting soil, however, some indoor potting mixes might be sterile mixes, meaning there is no risk of bringing pests into your home. Potting soil explicitly marketed for outdoor gardening may include more organic matter or soil that could have insect eggs.

What Can I Use Instead of Potting Soil in Containers?

Why Can’t You Use Garden Soil in Pots?

Garden soil can be used if mixed with peat moss/coir, compost, or vermiculite/perlite. The reason why pure garden soil (or topsoil or your own native soil) is not recommended is because they tend to hold onto water too well, which leads to poor drainage in pots. Ideal growing media for pots is rich and well-draining.

Can You Use Potting Mix to Start Seeds?

You can use potting mix to start seeds, and for many gardeners, it’s what they prefer. Ideally use sterile potting mix, since there is less risk of mold or fungus gnat larvae killing your seedlings. Potting mix works well because it holds onto water, but still well-draining, and most potting mixes have some added fertilizer which is more than enough to support seedling growth until transplanting.

Do I Need to Add Fertilizer to Potting Mix?

Should You Use New Potting Mix Every Year?

Can I Put Old Potting Soil in My Garden?

One use of old potting mix is to toss it into your garden. You can absolutely do this, either by top dressing garden beds with old potting mix or tilling it into the top few inches of soil.