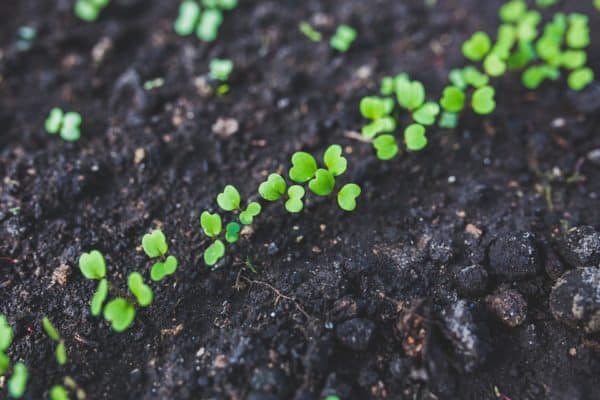 Arugula (also known as rocket or roquette) holds a special place in the pantheon of leafy greens, offering a unique flavor that no other can provide. And growing them in your garden, in the ground, container, or even on your windowsill is easy as can be.

But do you have to keep replanting them every year, or will your arugula plants keep coming back? Whether or not arugula will come back depends on several factors (and whether you consider self-reseeding as coming back) which are discussed below. So, make yourself a cup and let’s talk ‘rugula.

Does Arugula Come Back Every Year?

Yes, however, it depends on the type of arugula. Standard garden arugula is an annual which won’t grow back the next year, but it can easily reseed itself, sprouting new arugula plants the following year. Wild arugula (Diplotaxis tenuifolia) is a perennial which can survive moderate frosts and grow back every year.

Because of this, you can easily keep a “perennial” arugula bed or container in your garden, letting arugula reseed every year. Arugula seeds can often survive the winter and germinate in the spring when the ground thaws. Arugula itself can survive frosts down to 22°F (-6°C), with some hardier varieties lasting longer. However, even if it survives the winter, common arugula reaches the end of its life cycle after flowering; wild arugula can keep coming back every year while also spreading seeds.

Do I Need to Overwinter My Arugula?

You really don’t need to overwinter arugula in most climates. I’ve had some wild arugula survive winters with temperatures sometimes plunging down to -4°F (-20°C) and self-reseeded garden arugula seeds still sprout the following spring.

However, if you do live somewhere where those temperatures are normal, a few inches of mulch (leaf mulch, straw, or small wood chips) over your arugula bed should offer good protection. Just remember to gently thin out the mulch the following spring. If container gardening, you can even keep it in an unheated garage to overwinter. But if you’re well below the Arctic Circle, you likely won’t need to do it.

Both regular garden arugula and wild arugula can and do reseed themselves, and will spread easily in your garden if you let them flower and go to seed.

Is Arugula an Annual or Perennial?

Common garden arugula is an annual, whereas wild arugula, a completely different species in the same family, is a perennial. Since both are commonly cultivated (and both easily reseed) this has led to confusion.

Despite garden arugula surviving frosts, it’s still an annual, so after it flowers and produces its seeds, the plant will die off. Wild arugula also produces seeds (quite prolifically) but will keep growing and the next spring it will come back, often forming a large rosette, then later growing into a bushy arugula plant.

These two types of arugula are different species but both are part of the Brassicaceae family, which is a large family of plants including broccoli, kale, cabbage, radishes, mustards, and horseradish.

If you’ve grown these other Brassicaceae vegetables before, you likely have noticed that a lot of them bolt very easily in hot weather — arugula is no exception. However, wild arugula tends to deal with hot weather better and can resist bolting (producing a flower stalk), often weeks or sometimes more than a month longer than common garden arugula. (Gardener’s note: As I’m writing this, after less than a week of unusually hot weather, almost all my Astro arugula has bolted with many flowers opened up, while most of my Wild Rocket arugula still hasn’t bolted, and only a few just have their first buds.)

What Happens When Arugula Bolts?

Arugula bolts in hot weather, regardless of the time of year. When arugula bolts, you will notice new leaves growing smaller and being more spaced apart as the plant starts growing more vertically, and if you look carefully, you will see the tiny buds forming on the tip.

When wild arugula bolts, the new leaves also become smaller. However, wild arugula doesn’t get nearly as bitter when it bolts, and for people who love the taste of arugula, it tastes almost as good after bolting. The leaves also remain tender and don’t get hairy.

The buds, flowers, and even the young, tender seed pods of all arugula varieties are edible, too.

Which Is Better: Common Garden Arugula or Wild Arugula?

It might seem like wild arugula is better in every way — it’s more bolt/heat resistant and it’s a perennial. However, there are some drawbacks to wild arugula.

So, if you prefer large, luscious arugula leaves and quick harvests, grow garden arugula. If you don’t mind waiting longer before you can harvest and you like the flavor of wild arugula, grow that. Or, if you’re an arugula aficionado, do what I do and grow both!

How Do You Harvest Arugula So It Grows Back?

It’s recommended to use the cut-and-come-again method of harvesting leafy greens to harvest arugula so it grows back. This involves harvesting individual leaves, starting with the larger, lower leaves, while leaving the central young leaves on the growing tip.

You can use another common method of harvesting arugula which involves bunching the leaves together and cutting across the plant (sort of like mowing the top of the plant), but you still need to avoid cutting the central growing tip if you want it to grow back.

Can You Eat Arugula After It Bolts (Flowers)?

Arugula is perfectly safe to eat after it bolts, and the flowers themselves are even edible. However, arugula gets a stronger, spicier flavor after bolting, and garden arugula varieties also tend to get hairy and tough. Wild arugula gets spicier and will produce smaller leaves after bolting, but is otherwise good to eat.

How to Harvest Bolted Arugula

After bolting, you can still cut individual arugula leaves, similar to the cut-and-come-again method of harvesting for other salad greens. If you notice your arugula stem and leaves are getting hairy and tough, you can also cut off the petioles (the little stalk attaching a leaf to the stem). You can also harvest the buds, flowers, and even the young, green seed pods.

Bolted arugula is still edible, but it will have a stronger spicy flavor, it will be more bitter, and the stems and petioles may be tougher. After bolting, young leaves will generally taste milder than older leaves.

Can You Grow Arugula in the Summer?

You can grow arugula in the summer, but unless you are growing a variety of wild arugula, you will need to take extra steps to extend your growing season, such as using shade cloth or planting in areas with partial shade.