This spring I decided to plant a lot of beets. Unfortunately, I kind of forgot about them and ended up with a bunch of woody beets.

This is a relatively common problem with beets, and there are several possible reasons for it, so I made a checklist and found out for myself why I had fibrous beets this year. And if you want to know how to keep beets from getting woody, I’ve also included some tips I’ve also started incorporating into my garden.

Beets generally get woody when faced with environmental stress like drought or very hot weather, or if they are left to mature for too long. More rarely, beets can get woody black spots when suffering from a boron deficiency.

Why Are My Beets Woody?

Your Beets Are Getting Picked Too Late

Beets naturally get woody as they get older. This is part of the beet’s natural life cycle. It is technically a biennial, meaning it lives for two years, and in the second year it starts to produce seeds. Making the root woody and bitter helps it survive in the winter when food is scarce and small animals want to dig up and eat anything they can find.

It’s commonly believed that all beets that get too large will be woody, but it’s based more on age rather than size. You can have small beets that have been in the ground too long get woody, and you can have larger beet varieties that produce behemoth beets which are tender and sweet all the way to the center.

In my case this year, I picked my beets almost a month later than I should have, right in the middle of summer. I should have picked them earlier even though they were still a bit small.

How to fix: Look at the seed packet to find out how long you should expect your beets to take to mature, and pick around that time. If your beets are still small by then, pick a few beets and see if they are woody or not. Keep checking and harvesting a little every week or so. Once you notice they are starting to get woody, pick all the rest of them. The only time you should consider waiting significantly longer to pick beets is in the late fall, when beets naturally grow and mature more slowly in the cold weather. 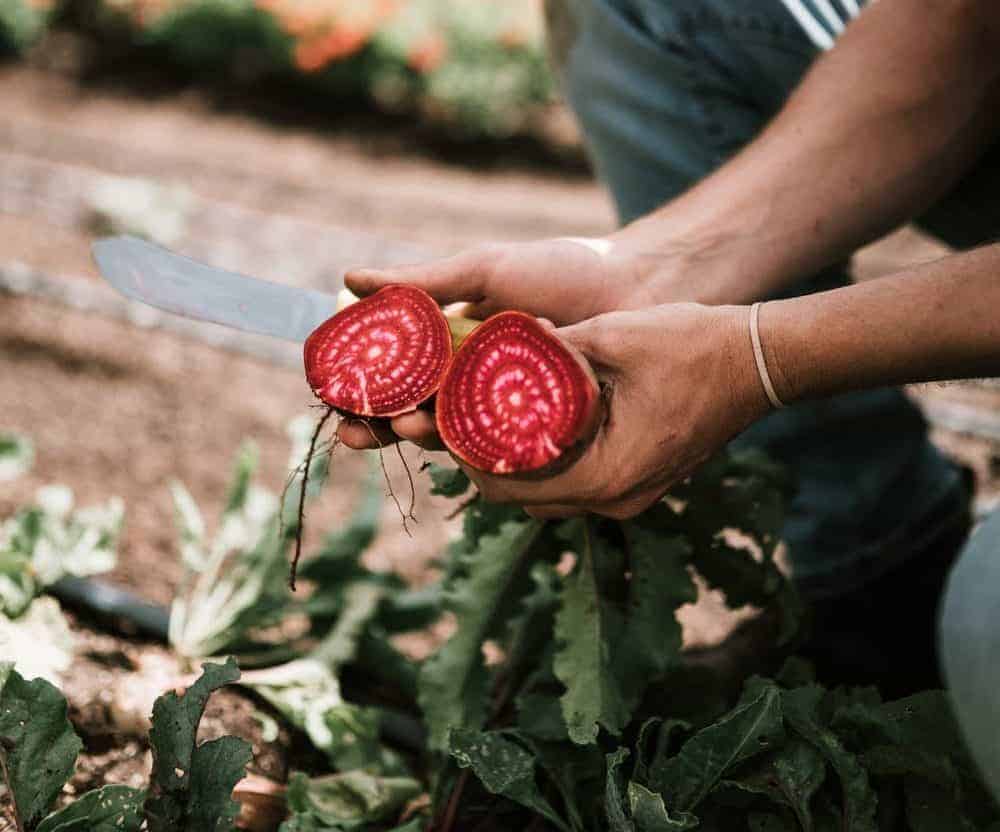 The most common reason gardeners get woody beets is due to environmental stress. This can be one or a combination of the following: too much heat and/or inconsistent watering. This triggers a survival mechanism to ensure the beet’s survival until it can release its seeds. If heat and drought are extreme, it can cause them to bolt (grow a flower stalk) without needing to overwinter.

This is also why people tend to have more problems with beets sown in the spring and summer. If you live in a climate in which spring is short and you quickly go from frigid temperatures to summer weather over the course of a few weeks or a month, that means your beets are maturing into hotter and drier weather.

Fall beets tend to grow larger without getting woody, and also tend to be sweeter as well. As I’m writing this, I have several clusters of beets starting to swell up and prepare themselves for an October harvest.

How to fix: Although beets are resilient and tough to kill, they still need optimal conditions for tender, sweet beets. Keep the soil around your beets evenly moist without drowning them as that can cause root rot. Although beets grow best in full sun, if it’s too hot, they may perform better in partial shade. You can even use a shade cloth to simulate partial shade during heat waves. Lastly, consider planting for a fall harvest of beets; take the “days to maturity” on your seed package and count backwards from your first frost date, and plant your beets around that time.

Boron deficiencies are very rare because it is a trace element that is only needed in very small amounts. However, beets are more susceptible to a lack of boron in the soil.

You can tell if there is a boron deficiency when the beet roots themselves have black spots on them, which are tough and woody.

How to fix: There isn’t much you can do to fix existing black spots on your beets, but you can make a one-time application of Borax before transplanting to resolve future boron deficiencies. Mix 1 teaspoon of Borax in 1 gallon (3.8 L) of water and apply only once.

If you already have large woody beets, don’t throw them out! They can still be sliced thinly and cooked, or you can blend them and still use them in soups or smoothies. Even if you still don’t want to eat them, the leafy beet tops are perfectly edible as salad greens, in stir fries, or as a substitute for spinach.