Whether you call them eggplants or aubergines, eggplants are an easy plant to grow and can produce loads of eggplants for you and your family.

Eggplants are part of the nightshade family, which is the same family of plants as tomatoes, peppers, and potatoes. They share a lot of similarities: they produce flushes of fruit throughout the season and are self-pollinating. But the way we harvest the fruits are a little different. Peppers can be picked and eaten green or red, whereas we often only harvest ripe tomatoes (although there are recipes which use unripe green tomatoes).

An eggplant is ripe once it changes to a brown color and stops being spongy, taking on a tough, woody texture. It also becomes very bitter and inedible when ripe. For that reason, eggplants are always picked before they are ripe. Don’t let eggplants fully ripen unless you want to save the seeds to replant next year.

How to Tell Eggplants Are Ripe (Don’t Pick Ripe Ones!)

Eggplants are actually eaten before they turn ripe. That classic, shiny, purple color is the color of an underripe fruit. When eggplants begin to ripen, their skin turns dull and their color changes to a rusty brown or yellow color, depending on the variety. Also, when you squeeze a fully ripe eggplant, it won’t readily return to its original shape. The reason you don’t want to pick actual ripe eggplants is because they get woody and very bitter.

When You Should Pick Ripe Eggplants 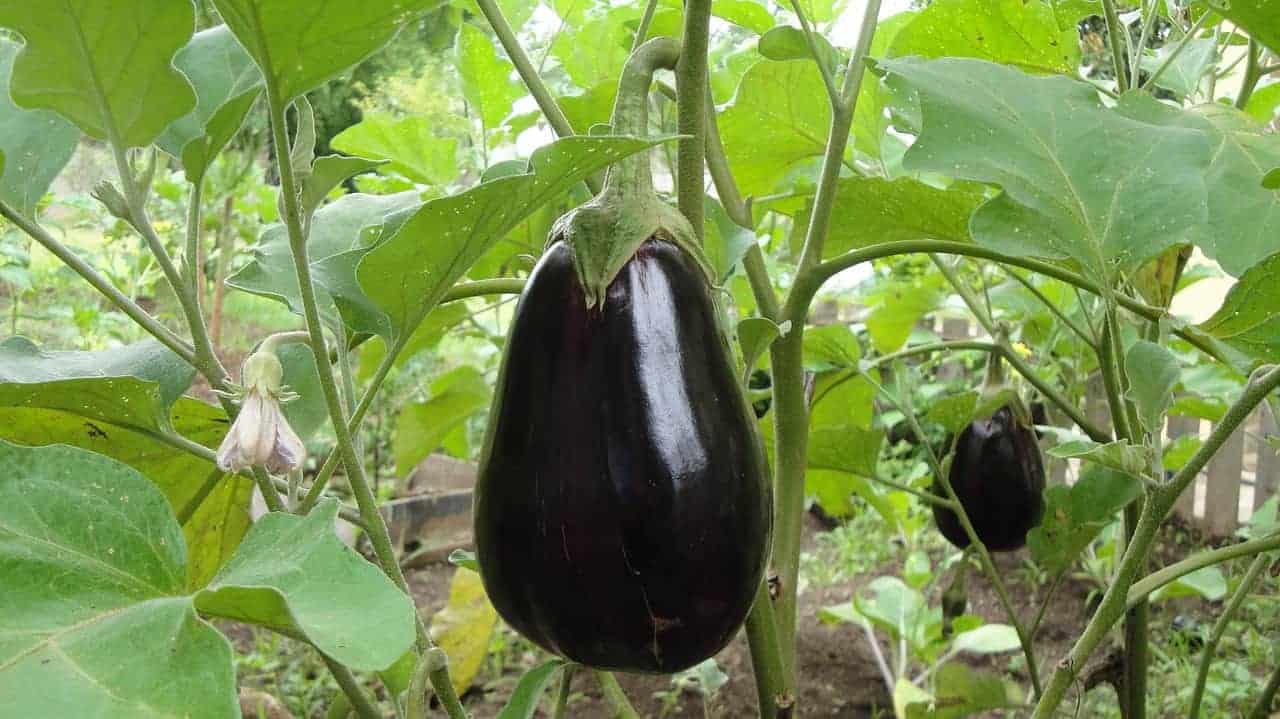 While you want to avoid picking ripe eggplants for eating, if you want to save eggplant seeds to plant again next year, you should let at least one of the eggplants fully ripen, then you can extract the seeds. In this case, just separate the seeds from the pulp and wash them in water, then lay them out to dry on a paper towel. I find that using a paper plate or a piece of cardboard makes it easier to get the seeds off.

When Are Eggplants Ready to Pick?

To avoid bitter, woody eggplants, they should be picked and eaten at any stage until they start ripening. To get the most yield, you should pick them as soon as they reach their mature size (this varies by variety).

Eggplants that are at their best time to pick will also have glossy skin and the fruit will feel spongy and bounce back to its original shape when you gently squeeze it. Very immature eggplants, which are still edible but tiny, will feel solid with no give when squeezing them. 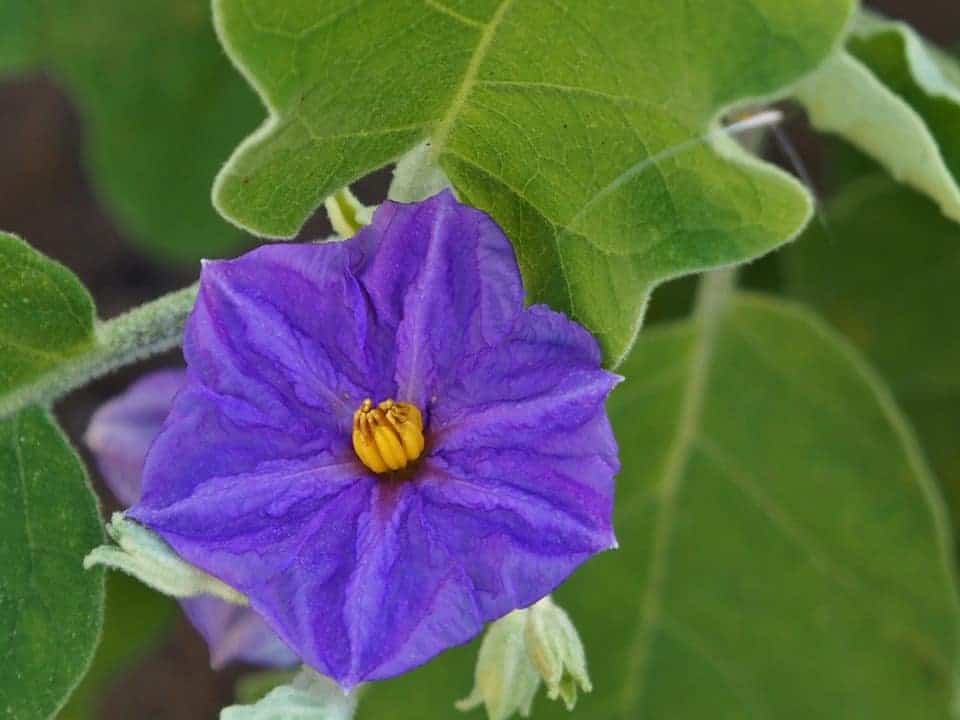 The time it will take until your eggplants are at the optimal stage for harvesting depends on the variety, but ranges from 65 to 90 days from transplanting. The Black King eggplant, for example, takes around 68 days to maturity, while the larger Black Beauty takes 90 days. Long, narrow eggplants and small egg-shaped varieties will take less time to mature, such as the Little Fingers eggplant which takes 65 days.

If your eggplants are starting to ripen, pick them off right away before they get too bitter. Even if you don’t intend to use fully ripe eggplants for seed saving, you should still pick them off so the plant can divert more energy into producing more flowers and eggplants.

How to Harvest Eggplants

As with many fruiting vegetables, it’s best to harvest eggplants with a pair of scissors to avoid damaging the stem or branch. Eggplants also have a tendency to have prickly or spiny stems attached to the fruit, so you should be extra careful when harvesting. Remove the eggplants with that little bit of green stem still attached.

Once harvested, use your eggplants as soon as possible as they don’t keep for very long. Gradually, over a week or two in the fridge, they will get spongier, softer, and then start going bad. I always use my eggplants within a week unless I’m freezing them to cook or process later.

Eggplants are kind of “indeterminate” in that they will continue producing eggplants all season, while still maintaining a bush-like growth habit, similar to a pepper. Much like cucumbers and peppers, it’s important to keep harvesting your eggplants so the plants can focus on shooting out more flowers.