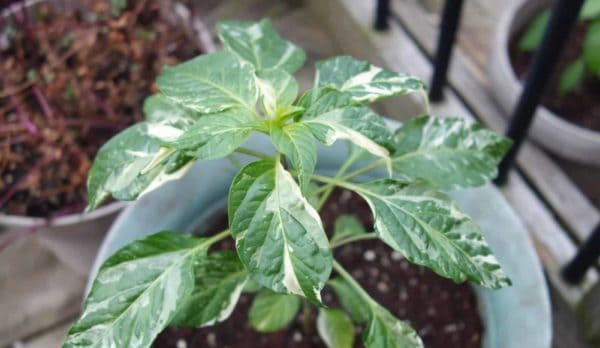 Ornamental peppers make a great addition to any garden, but you may be wondering if you could also harvest them and eat them like normal peppers.

Ornamental peppers are, in fact, perfectly edible. While not bred and cultivated for their taste, in some cases, they can rival regular non-ornamental varieties in flavor and aroma. However, many ornamental pepper varieties are hot, in most cases much hotter than a jalapeno.

What Makes Ornamental Peppers Different from Other Peppers?

For example, the Chinese 5-Color pepper produces clusters of peppers that start off purple, then turn cream, then yellow, then orange, and finally red as they ripen. Then there are peppers like the Black Pearl which produces dark purple peppers that ripen directly to red, but the leaves are dark purple, almost black.

Ornamental Is a Matter of Perspective

The thing about ornamental peppers is that a pepper does not have to be a designated “ornamental” cultivar to be ornamental, and true ornamental varieties are perfectly edible, with some being delicious additions to the garden.

A good example of a non-ornamental pepper having ornamental characteristics would be the Fish pepper. Fish peppers were grown for eating, traditionally with seafood dishes. They have excellent flavor and good heat. However, what attracts most people to Fish peppers today is their striking appearance: the leaves have pale yellow variegation and the peppers have light yellow/cream stripes. These stripes remain until the pepper completely ripens to red.

So, whether a pepper is ornamental or not is a matter of perspective.

The Black Pearl pepper was chosen as an All-America Selections winner for its pitch-black foliage and nearly-black, shiny, upward-facing, round peppers. The peppers ripen red, and in the process of ripening, the partially red pods almost look like they’re made of glass.

Black Pearl peppers have a good amount of heat and a citrusy, tangy flavor when ripe. They’re good for both eating and as ornamental plants, and can be grown in-ground and in pots.

Like the Black Pearl, Chinese 5-Color pepper produces prolific, fairly small peppers pointing up, but the similarities end there.

Chinese 5-Color peppers are more tapered with rounded shoulders. The leaves are also like that of a normal pepper. And as the name suggests, they go through a cycle of five different colors before they fully ripen: purple, cream, yellow, orange, and red. Since all peppers ripen at different times, the result is a rainbow of various colors poking out the top of green foliage. Occasionally, they will have dark purple stems, too.

While ornamental, this pepper has good flavor and excellent heat. The seeds tend to pack together at the top, like a bell pepper, so it’s easy to de-seed them for cooking.

Examples of Non-Ornamental Peppers that Are Great Ornamentals

The Aji Charapita is a legendary chili pepper from Peru, where it was once considered the most expensive pepper in the world by weight because of its limited cultivation and high demand from local chefs.

Aji Charapita peppers are small, berry-like pods with a vibrant orange-yellow color. The plant itself is a C. chinense variety, making it a cousin of the habanero and scotch bonnet, and has a similar fruity taste, although with at least half of the heat (but still very hot).

Aji Charapita plants grow into large, tree-like bushes with broad leaves, which looks more like an ornamental berry bush when loaded with hundreds of bright yellow-orange peppers. While cultivated over generations for its superb flavor and heat, it makes an amazing ornamental addition to any garden.

As mentioned previously, the Fish pepper is a pepper grown mainly for its heat and flavor, but it is also distinct for its striped peppers and variegated leaves, which is an extremely rare trait in peppers.

The Fish pepper also has a unique history, being an African American heirloom grown at least since the 19th century and used in seafood restaurants around the Chesapeake and Delaware bays. It was nearly lost over a century ago until the 1990s when released to the public from a WWII veteran’s private seed collection. Since then, it’s become a popular pepper grown for cooking as well as an ornamental pepper.

The foliage alone is highly ornamental, with splotches of cream white on the green leaves. The peppers are striped, with pale yellow stripes on the green fruit, which remain until the pepper ripens fully to red. It does well in containers as well as in-ground.