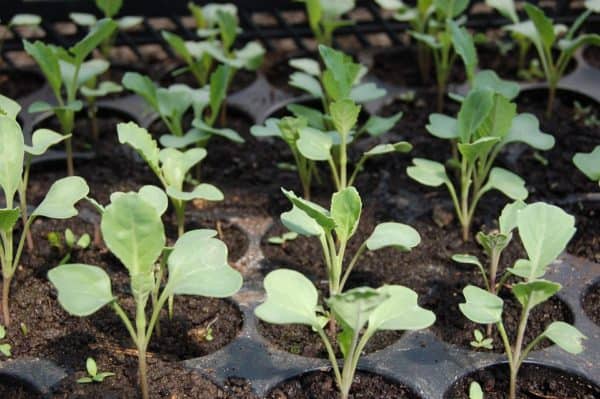 Your seedlings look healthy but the surface of the soil is a bit dry, so you give your seedlings a nice soak. The next day, you check on your seedlings and notice several of them (or even worse, all of them) have wilted. The soil looks fairly moist, but you figure they need more water, so you water them again. The next time you check, they’re still wilted. They never recovered. What happened?

If you’ve gone through this scenario, you’ve experienced damping off, which is the bane of every gardener. I’ve been through it, and it’s devastating, especially when it takes out most of your seedlings. But it doesn’t have to be this way, and good seed-starting practices will almost completely prevent this from happening.

What Is Damping Off?

Damping off is a disease (fungal but sometimes also bacterial) that kills young seedlings. The most common symptom of damping off is the presence of thin, wire-like stems at the soil level, which turn brown or black before the seedlings flop over and die.

Damping off can also kill seeds or seedlings before they emerge from the soil, but this is harder to diagnose as other factors can affect seed germination. Damping off can occur both outdoors or when starting seeds indoors, and in any climate. Damping off is primarily caused by overly moist soil, which is ideal for the growth and spread of fungal pathogens.

In the hypothetical scenario at the top of the article, that deep soak on your healthy seedlings tipped the balance from evenly moist to overwatered, allowing soil pathogens to grow and spread.

Once seedlings have matured into established plants with at least a few sets of true leaves, the risk of damping off declines significantly.

How to Avoid Damping Off in Seedlings

There are a few things you can do to avoid damping off, but it boils down to reducing the presence or spread of damping off pathogens long enough to give your seeds time to germinate and grow out of that very vulnerable tiny seedling phase.

Does Cinnamon Prevent Damping Off?

So far, this is no conclusive evidence that cinnamon prevents damping off. However, cinnamon has been proven to have antifungal properties, so it won’t hurt to sprinkle cinnamon on top of the soil for extra protection. Avoiding overwatering is still the best defense against damping off.

Does Damping Off Spread?

Damping off isn’t “contagious” in the sense of a regular disease. However, if one of your seedlings has died from damping off, it’s very likely the same fungi or bacteria that killed it is also present around neighboring seedlings. In addition, some types of fungi, like Pythium, have motile spores that can actually move in wet soil, spreading across entire seed trays.

What Should I Do If My Seedlings Are Dying from Damping Off?

Once a seedling is infected, there is almost nothing you can do to save it. It’s often better to just start over and resow than try to save dying seedlings. Damping off cannot be cured.

However, if only a few seedlings have died, isolate the healthy ones if possible. If they are all in the same seed tray, move the healthy ones to a new seed tray if you can, as . Don’t reuse the potting mix from infected seedlings for starting new seeds, but you can use it in pots for mature plants, or pasteurize it to kill off fungal spores and most bacterial spores.

Occasionally, you will find some seedlings surviving fungal infections like damping off. They appear weak and dying but never get to the point where they flop over and die. However, those plants will likely remain stunted compared to healthy seedlings.

I had this happen to me in early 2021, with all of my pepper seedlings either dying or remaining stunted because I overwatered them. Out of all the survivors, only a few managed to grow into mature plants, but they were more than a month behind the new set of pepper plants I planted just a few weeks after. The rest of the survivors were like the Peter Pan of peppers, refusing to grow out of the seedling stage.

How Do I Pasteurize Potting Soil for Starting Seeds?

Following the OSU Extension guidelines, you can pasteurize potting soil in a 250°F (121°C) oven until the temperature of the potting mix is 180°F (82°C) for at least 30 minutes.

Note that heating your potting soil above 180°F can reduce plant growth as high temperatures can cause the release of compounds and salts toxic to plants. However, if you’re using a sterile potting mix (like a mix of coco coir and perlite), this is less of an issue. For small batches of potting mix, usually put my oven on 200°F (93°C) for 1 to 2 hours. Pasteurizing also has the added benefit of killing off insect eggs.