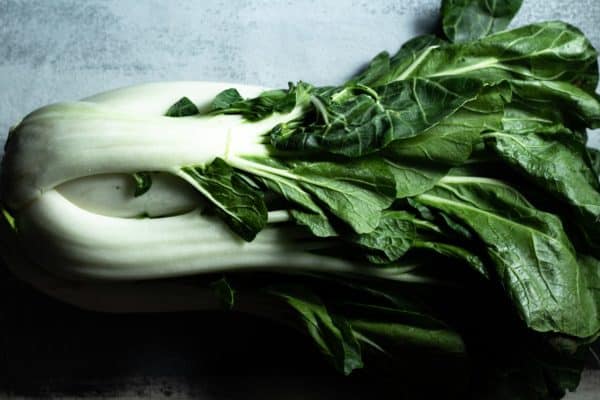 Bok choy is a versatile and fast-growing leafy green that’s as good fresh as it is in stir-fries, and it’s very quick to mature, giving you a harvest in as little as 6 weeks. But while bok choy is a fast grower, it’s unfortunately also fast to flower. If you notice your bok choy starting to flower, or if it’s already in full bloom, this is natural but is a signal to harvest your bok choy as soon as possible.

Read more below about why bok choy flowers, and what you can do to slow down the process.

Why Is My Bok Choy Plant Flowering?

Flowering can happen for a variety of reasons, mostly related to your bok choy experiencing high temperatures, sudden temperature swings, or drought. It can also happen naturally if your bok choy was overwintered.

The process of flowering in bok choy is called bolting. This is a physiological process that happens in many leafy green vegetables and some root vegetables, such as spinach, lettuce, radishes, turnips, arugula, cabbage, kale, and bok choy. You can tell your bok choy is starting to flower because it’s starting to get taller and grow a central stalk. You can usually see the tiny developing buds at the top of the young flower stalk.

Bolting can happen naturally as a plant matures, or, if it’s a biennial plant like kale, is overwintered and re-grows in spring. However, premature bolting happens when your plants are exposed to stress. Common sources of plant stress include high temperatures, sudden changes in temperature, or a lack of water. For example, if you’re growing bok choy in spring and you experience a few days of high temperatures, that could be enough to trigger flowering.

Bok choy flowers readily in hot weather, which is why it’s mainly grown as an early spring or fall crop.

Can You Eat Bok Choy After It Flowers?

Bok choy is edible and safe to eat after it flowers, but the leaves will get increasingly more bitter and tough as it matures, making it less appealing for the kitchen. The sooner you harvest your bok choy after it starts bolting, the less bitter it will taste.

Bok choy is part of the Brassicaceae family, the same family as mustard, wild arugula, cabbage, kale, and turnips. In all brassicas, the leaves start becoming more bitter (or in the case of mustard and wild arugula, more spicy). How bitter they get really depends on the variety. For example, broccoli was bred to have less bitter stems and leaves after bolting. But bok choy is noticeably more bitter after it flowers.

The longer you wait after flowering, the more bitter and tough the leaves will get, so if your bok choy has started flowering, harvest it as soon as you can to reduce the amount of bitterness in the leaves.

Bok choy flowers (and buds) are perfectly edible. The flower stalk itself may be too tough and fibrous, but the bright yellow flowers are tender and have a strong flavour.

Like all edible members of the brassica family, bok choy has edible buds and flowers. They tend to have a stronger, spicier kick than the leaves, but can be added to salads, stir-fried, added to homemade pickles, or simply used as a tasty garnish.

How Do You Cook Bok Choy So It’s Not Bitter?

Common tips for making bitter kale taste better also work for bok choy, such as boiling for a few minutes first before stir-frying it. You can also try marinating it in olive oil and salt in the refrigerator overnight before using it in your dishes.

Also consider masking the bitterness by including it in dishes with stronger flavors, such as sautéed bok choy with other vegetables and garlic.

Should I Cut the Flowers Off My Bok Choy?

When a plant bolts, it diverts resources from the rest of the plant into growing and developing the flower stalk. Older leaves will start to gradually turn bitter, turn yellow, and die off. Even as your bok choy plant continues to grow upward, you’ll notice the new leaves are smaller and less flavorful.

Since bolting is a hormonal process in the whole plant, cutting off the flower stalk will not stop bolting, but it will slow down the movement of resources out of your bok choy leaves, which could give you more time before the leaves become almost inedible.

How to Stop Bok Choy from Bolting

You cannot stop your bok choy from bolting once it’s started, but you can delay bolting by reducing its exposure to environmental stress.