As much as I love growing hot peppers, I have friends and family who I’ve given them to who give me rave reviews but tell me I need to grow them even hotter.

To please the chili heads, I’ve been growing hotter varieties, most recently an Apocalypse Scorpion, while I’ve been trying to push the heat on my jalapenos and cayennes. I’ve seen some success, and what I’ve found is that it really boils down to stress.

To get hot peppers to grow hotter, it’s important that they have enough nutrients to fully develop the peppers and their heat, and to pick them when they are fully ripe. The heat peaks when they are ripe. If you want to further increase the heat of your peppers, consider stressing it with less water. You can also harvest your peppers before watering to ensure a higher concentration of heat and flavor.

Background: Why Hot Peppers are Hot

Capsaicin is fat-soluble, and when you cut into a really hot pepper, like a habanero, scotch bonnet, or ghost pepper, you can actually see little yellow droplets of capsaicin-laden oil inside the walls of the pepper.

The heat of a pepper is measured in Scoville Heat Units (SHU). A jalapeno is around 3500 to 8000 SHU, while a habanero is 100,000 to 350,000 SHU, and a ghost pepper tops at 1 million SHU. The hottest pepper in the world, the Carolina Reaper, has an average heat of 1.5 million SHU, but the record-holder reached a throat-blistering 2.2 million SHU.

What Is the Hottest Part of a Hot Pepper?

The hottest part of a pepper is the white inner membranes and the white part (called a placenta) where the seeds are attached. The seeds themselves are not spicy, but because they are right on the placenta, they tend to get exposed to more capsaicin.

Why Did Capsaicin Evolve in Nature?

Capsaicin burns. It burns like hell. It works by stimulating a receptor responsible for detecting heat and pain. All mammals have this receptor and so dogs, cats, squirrels, and raccoons all experience the same burn we do. In fact, in some parts of India, people use ghost peppers as a deterrent for elephants.

“Hot peppers are at their hottest when they are fully ripe.”

It’s powerful stuff and it protects pepper plants from herbivores who would chew up the fruits, seeds and all. But it has no effect on birds. Birds have a similar but different receptor, which isn’t stimulated by capsaicin. Wild peppers are small and berry-like, and their seeds are naturally spread by birds who eat the peppers, and survive digestion, spreading pepper seeds with their poop.

Stress Is the Key to Growing Hotter Peppers

The reason it’s important to have some background on why hot peppers are hot is because capsaicin evolved as a survival mechanism. Plants have this interesting ability to increase the concentration of natural chemicals when they are under stress, especially those chemicals which help them survive and reproduce.

Three Ways to Get Hotter Peppers

1. Stress your plant with less water and harvest before watering or rainfall.

This is a bit controversial, but it’s one of the surefire ways to get your peppers hotter. The easiest way to stress your plant is by cutting the water. You don’t want to kill your plant, but you want it to experience drier conditions. The stress will cause the Some people even intentionally let their pepper plants start to wilt before watering to stress them out more, but you risk having it wilt too much and reducing your pepper yield.

When you harvest your peppers, you should do it before watering. Even if your plant isn’t wilting, it will still take up a lot of water when it rains or you water it. That water will also go into the hot peppers, and may dilute some of the flavor and heat. So, when harvesting, do it before you water your pepper plants or the rain comes. Pick two ripe hot peppers, one before you water and one a few hours after, and you’ll feel the difference.

Hot peppers are at their hottest when they are fully ripe, so if you want to maximize the heat, let them ripen first before picking. Ripe hot peppers also tend to be sweet, so it will change the flavor profile, which some people don’t like for some peppers.

In the case of jalapenos and other peppers that people like to pick green, I wait until they just start to blush, to change color, then pick them. This way, I can get the most heat before they ripen. For green peppers, they start to show the first signs of ripening by turning a little brown on the top or bottom of the pepper, which is the red color just starting to develop. 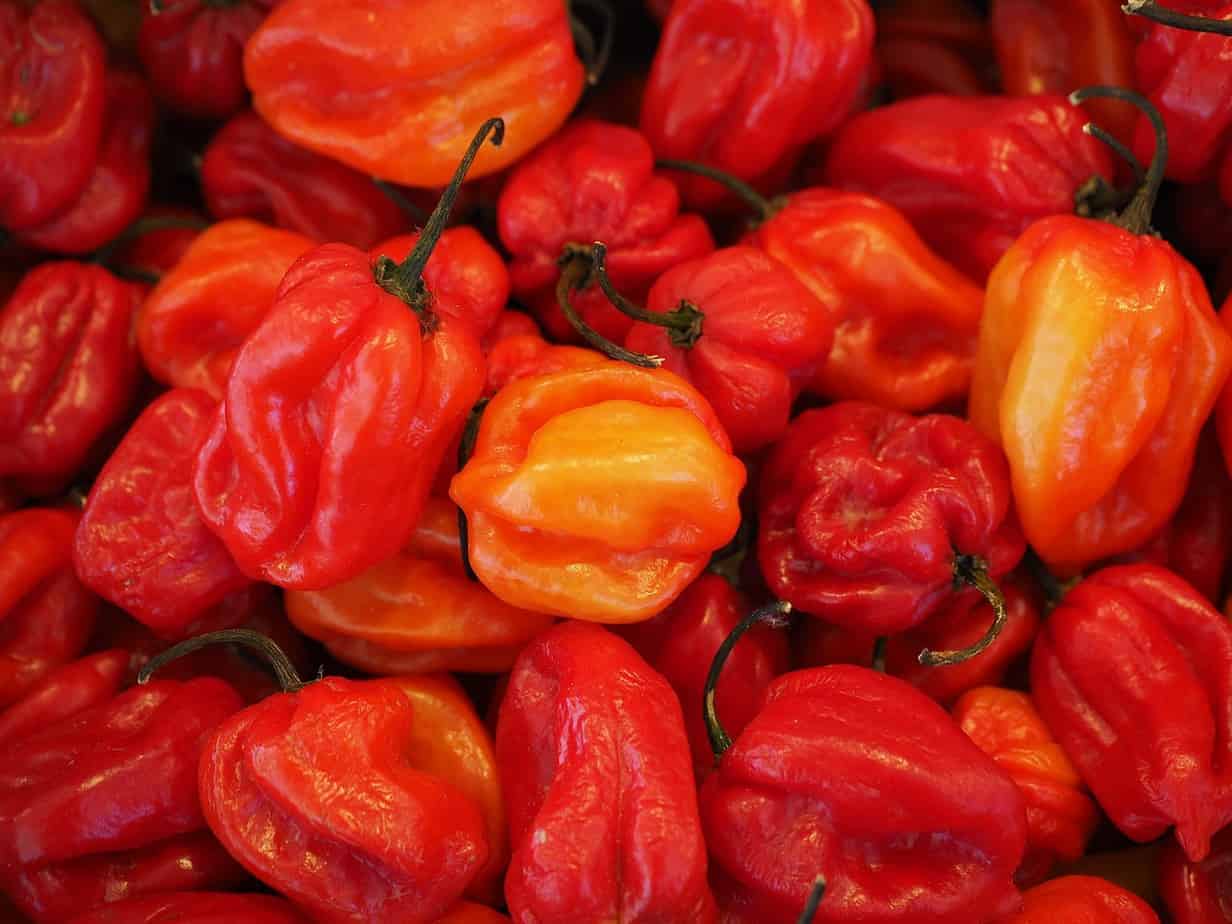 A jalapeno will never be as hot as a habanero, so while you may be able to grow wicked hot jalapenos, they still won’t be the kind of scorchers habaneros are.

But if you want something hotter than a jalapeno, try a serrano, which is like a smaller, hotter jalapeno. Or even go hotter and grow Thai chili peppers. If habaneros aren’t hot enough, try growing a red savina habanero or a ghost pepper.

The great thing about hot peppers is that there are hundreds of types of peppers, thousands if you include rare and new varieties, all along the Scoville scale for you to try.