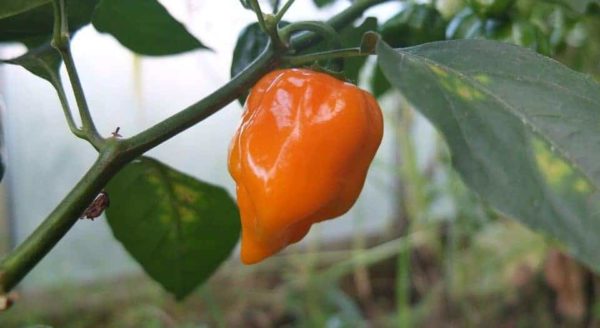 I have been growing habaneros on and off for around 5 years, and like most gardeners, habaneros (red habs, specifically) were my first really hot pepper to grow. I’ve noticed I’m not alone, with many growers hopping on the hot pepper train over the last 10 years, growing hotter and hotter pods in their gardens.

One thing that I noticed was that habaneros don’t grow like other milder peppers like jalapenos, serranos, cayennes, or even Thai peppers. And they took a lot longer to grow and ripen. It turns out this is actually normal, and you can expect habaneros to ripen at least 1 month later than other peppers like cayennes. Habaneros are ready to pick when they’ve reached their final color (usually red or orange).

From Seed to Harvest – How Long Should It Take?

Habaneros are a variety of the Capsicum chinense species, and much like most of their close relatives, they will take a longer time to grow and ripen compared to milder C. annuum varieties like jalapenos, cayennes, and banana peppers. Still, they won’t take quite as long as hotter peppers like ghost peppers, which could take up to 6 months before giving you ripe peppers.

Habanero seeds take longer to germinate than milder varieties, but seeds that are not too old can germinate within 1 to 2 weeks. I recommend sowing your habanero seeds at least a month before your last average frost date.

In my experience, habaneros take around 5 months from sowing seeds until seeing the first ripe peppers. Growing in hydroponics could shorten this by a few weeks or a month, but hydroponics won’t increase the speed that they actually ripen, only the rate of growth of your plant.

How to Tell if Habanero Peppers Are Ready to Harvest

Habanero peppers are fully ripe when they have completely changed their final color. However, habaneros come in a variety of colors, so it depends on your variety. They are commonly orange or red, but can come in peach, yellow, brown, purple, white, and even a mustard, green-yellow color when ripe. Some habanero varieties will change color more than once; for example, some orange habaneros turn yellow before turning orange.

You cannot tell if a habanero is ripe based on smell or touch. If a habanero is soft or mushy, then it’s overripe. Habaneros don’t have much of a smell on the plant and only release their strong fruity, floral fragrance after slicing into them.

Habaneros can be picked and safely eaten before they ripen, much like other peppers. They won’t be as sweet and they won’t have as strong a smell, but they have a nice tart, slightly fruity taste.

Beware, though: even unripe habaneros can be wicked hot and you should take the same precautions you do with other very hot peppers.

Some cuisines even use green, unripe habaneros in traditional dishes. For instance, if you travel to Yucatan, Mexico, you can often find green habaneros being sold in the markets and being used in some local dishes.

If you want to save your seeds to replant next year, always save them from fully ripe habaneros. Green/unripe habaneros don’t have fully developed seeds so they will have very poor germination rates. That said, if you pick them before they’re ripe and let them ripen indoors, you can have a fairly good chance of getting some viable seeds.

How to Harvest Habanero Peppers

Habaneros are simple to harvest. Since habanero peppers have thin stems, you can often pluck them off the plant by grabbing the little stem and pulling off gently. But to be on the safe side (occasionally you can break a whole branch), you can use sharp scissors.

If you have a lot of habaneroes to harvest, I recommend wearing gloves. There is less danger of getting pepper juice on your fingers from the outside of the pepper, but when handling dozens of peppers some of that capsaicin can still rub off onto your fingers, which you won’t realize until it’s too late.